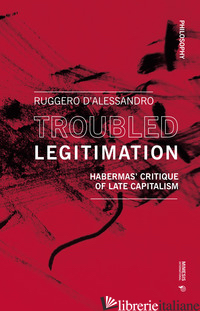 <DescrizioneEstesa>The current study takes on the task of focussing on Habermas' long and productive first phase in the 1960s and 1970s. The book begins with Habermas' analyses of students' political consciousness and of public opinion, before examining his close dialogue with Marcuse and the vanguard of the student movement. The study then focuses on Habermas' works on the reality and contradictions of the late capitalist system: Knowledge and Human Interests, Legitimation Crisis and Theory and Practice. In doing so, the volume revisits important moments in the first three decades of Habermas' research and teaching in order to reconstruct a theory that contributes to a praxis of fundamental, grass-roots change.